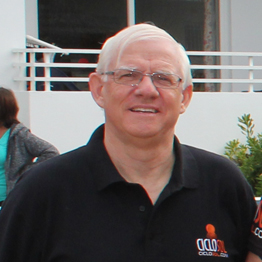 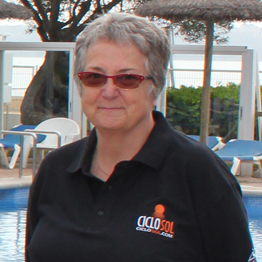 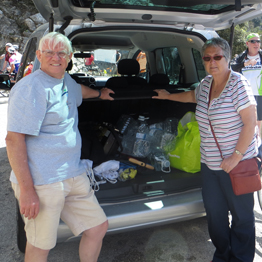 Veronica Smith
Is a retired children’s and general Nurse who is married to Rob. She’s not originally from a cycling background but being married to a cyclist for over 40 years means that she has been a cycling widow since she said ‘I do’. When Veronica and Rob’s two boys left home she said ‘if I can’t beat them I’ll join them’. Veronica is Rob’s right-hand in the support car for the past 6 years.

Robert ‘Rob’ Smith
Is a trained General and Orthopaedic/Trauma Theatre Nurse decided to combine his career with his lifelong love of cycling when he began working on the medical team for the Milk Race in 1976 and worked on the event for 18 years. He has also worked on the medical team for a variety of other prestigious cycling events including; National Championships, World Cups, World Road, World Track, and World Cyclo-cross Championship. In 2002 Rob achieved a career long dream of working at the Commonwealth Games in Manchester as the Velodrome Venue Medical Manager. He then eclipsed this achievement by working as the Venue Medical Manger at the Velodrome and BMX at the London 2012 Olympic and Paralympic Games. Rob has been a keen cyclist all his life his is a founder member of VC Norwich in 1982. He has been working at the camp since 1994.